My interview with JET was set for 11:45am the day after the show. To be honest I was a little nerve wracked at the idea of trying to get anywhere that early on time. Hello.. it’s called “Toni’s Night Out” for a reason! Anway, when we arrived at the offices for JET’s publicity people we were told that only Chris Cester (drums)  and one other band member would be talking to us today. Nic was not feeling well and was saving his voice for later. But when we walked in and said hello, all the guys decided to stay and participate! Thanks guys! I’m totally flattered.. wink wink Watch and enjoy!

So you heard it hear first! It’s official and JET has confirmed. Toni is in fact a Genius! And the song is about me. 😉

When we met, I thought to myself how they seemed super mellow in that cool, yet charming Oceaniac way (um and possibly a bit hung over?).  But they had been up doing press since some un-Godly hour, like 7am!  Awe, poor guys. So, at this point they may have been just going through the motions and expecting yet another stuffy interview.

Ummmm, but what they got was lil ole me. Happy, Bubbly Me! I follow the signs, I trust in God, I manifest my destiny… and then, I wing it! 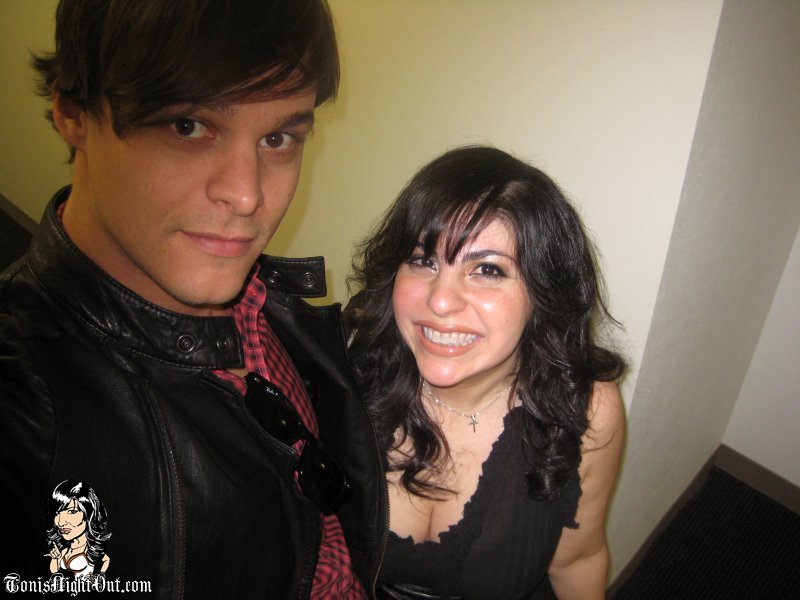 The part you didn’t quite hear was Mark saying “So, You were the pantless girl in the front row?!” LOL