A weekend in Atlantic City to me means a reason to get all dolled up as fancy as can be… so when my friend invited me to come hang out and maybe check out a show… it was a no brainer; I was in. She said “Black Label Society with Zakk Wylde was playing at the House of Blues in the Show Boat casino.” Hmm ok, I know who that is, he is that amazing guitarist from Jersey who used to play with Ozzy back in the day?  Flashback to my memory of him and thinking he was cute for a blonde… sounds cool. Lets do it. Hmmm, I wonder what he looks and sounds like these days… 🙂

So we fancied ourselves up, and headed over to the foundation room to start off the night with some drinks. While there, we were asked by the staff if we were going to the show.. we said, yeah & that we would head over soon. A few minutes later a pair of tickets appeared on the bar for us. umm seriously? Sweet! What we didn’t know was that the show had been completely sold out. We thanked them profusely and left the bartender a nice tip before we headed on our way. 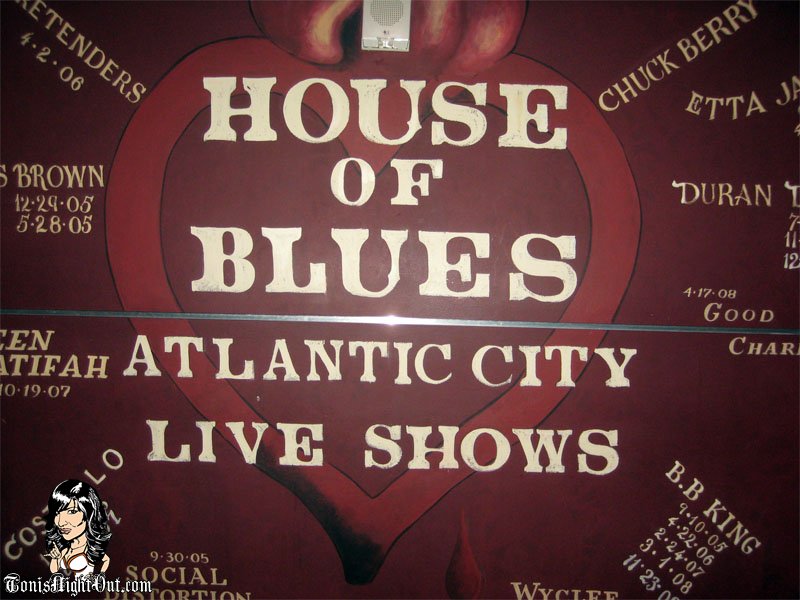 We walked into Rev Theory playing! I had no idea they were one of the openers tonight. I really like this band.. I’ve seen and blogged about them before. They kick major ass on stage and are as cute as can be. Watch and see.. This is their latest single called Justice.