Buckcherry: “Aidan Has a Posse” A Night of Hope.

It’s been said that music bypasses the psyche and goes straight to the soul, this I believe. Music has the power to bring people together as well as the power to heal. August 11th 2011 was meant to do just that. 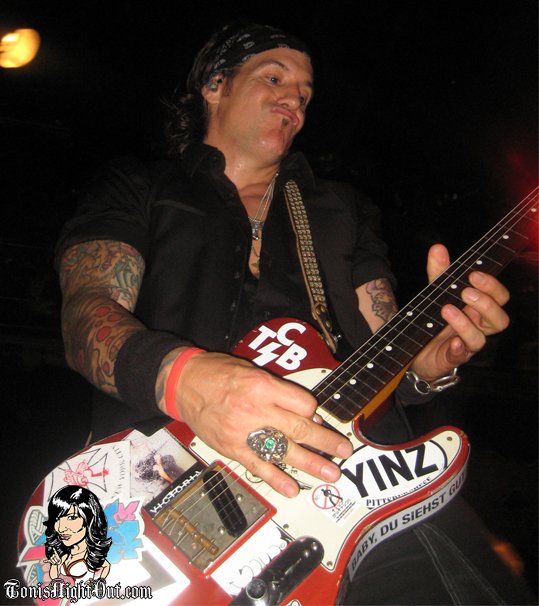 “Aidan Has a Posse” A benefit concert featuring Buckcherry and friends, held in Williamsburg Brooklyn had an incredible turn out. The intention of the night was to raise money to help ease the financial burden for young Aidan Seeger’s medical bills. Aidan, a precious, sweet boy who recently celebrated his 7th birthday, has been unfairly struck with a devastating illness, a rare brain disease called Adrenoleukodystrophy (ALD), in which he is in desperate need of a bone marrow transplant. Long time family friends of the Seegers, rock band Buckcherry, admirably put together this event in hopes of helping out the family in their time of need.

The evening was a success. They managed to sell out The Music Hall of Williamsburg as well as inspire people to show their support and generosity by donating what they could, either by buying items such as t-shirts sporting the “Aidan Has A Posse” logo or limited edition posters, designed by street artist EWOK as well as bidding on a silent auction for things like autographed memorabilia, custom guitars and even an Indian Larry Motorcycle.

In addition to organizing the event, the band also wasn’t afraid of getting their hands dirty, helping until the wee hours before the show, preparing all the items donated for the silent auction. “Anything I could do to make things easier for Aidan’s dad Bobby”, said guitarist Keith Nelson. And once on the stage, to the delight of their fans, Buckcherry didn’t hold back, playing a full set, including their expected hits, All Night Long, Sorry, Lit up, Crazy Bitch, as well as the Allman Brothers cover of “Whipping Post” not to mention the very apropos “Brooklyn”.

9 Comments to
“Buckcherry: “Aidan Has a Posse” A Night of Hope.”