A Night of Bliss with Tommy Lee

A Night of Bliss with Tommy Lee hmm ok I’ll admit that sounds a lil dirty.. and well its not so much.. anyway I was sitting home on a Friday Night with my head under the covers.. it had to be close to midnight already when I got the call from one of my best friends.. Tommy Lee is DJ’ing over at Bliss in Clifton, NJ..  Should we go? umm Hell Yeah we should Go! You see he did his run in our area in September 2007 and we were there for that and had a blast.. so doing it again was a no brainer.. I know what you’re thinking.. Tommy Lee? DJ’ing?? Yes Tommy Lee the Drummer from Motley Crue is DJ’ing.. It’s his side project Electro Tommy with his partner DJ Aero.. and  it’s really fun! So in the shower I go and off to Bliss we went……… 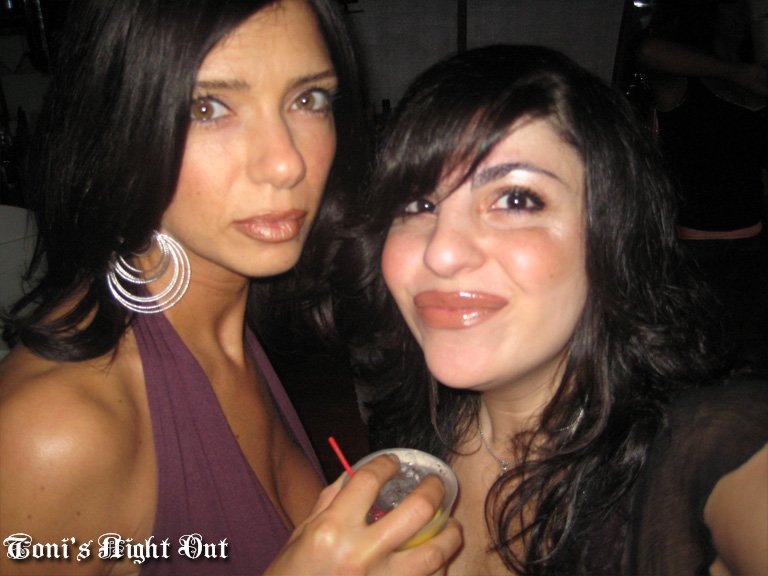 Ro was not happy with her hair tonight and well..  she seems annoyed I’m taking this photo.. But I think she looks quite pretty.. 😉 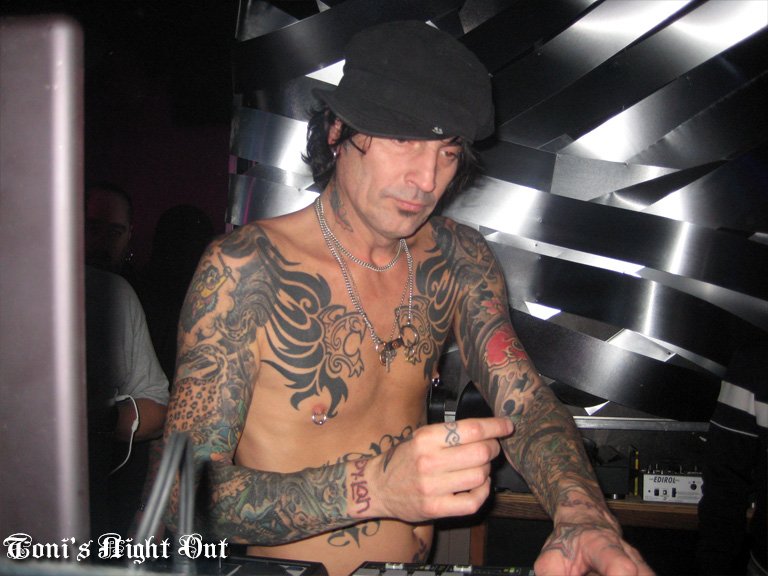 Look at him go.. People in the place were dancing their A$$es off! I didn’t get to take a video.. since we got there so late, the night was over before I knew it..

But I did take this clip the last time he played in September 2007.. fun fun super fun!

Oh hey Tommy there you are.. where ya goin in that truck?? and who is that girl that just dove in after you face first? That sure did look like Joumana Kidd.. uhhh that’s sort of annoying.. Isn’t she married to a basketball player and have a bunch of kids? huh I guess that’s over.. I’m pretty sure this is a photo of her Butt.. well huge butt in his face or not..  he did manage to flash me a huge smile a minute later.. I just didn’t catch it on camera.. oh well see ya later Tommy Lee..

Ok.. soo in reality we were only in the club for a little over a half an hour.. I know its 3am but we were not ready to go home yet.. soo off to NYC we go.. hmm where can we go that’s late night? How about the old Sound Factory.. It’s called Pacha now and I believe they stay opened until at least 5am… this is a little nuts but what the hey let’s go.. 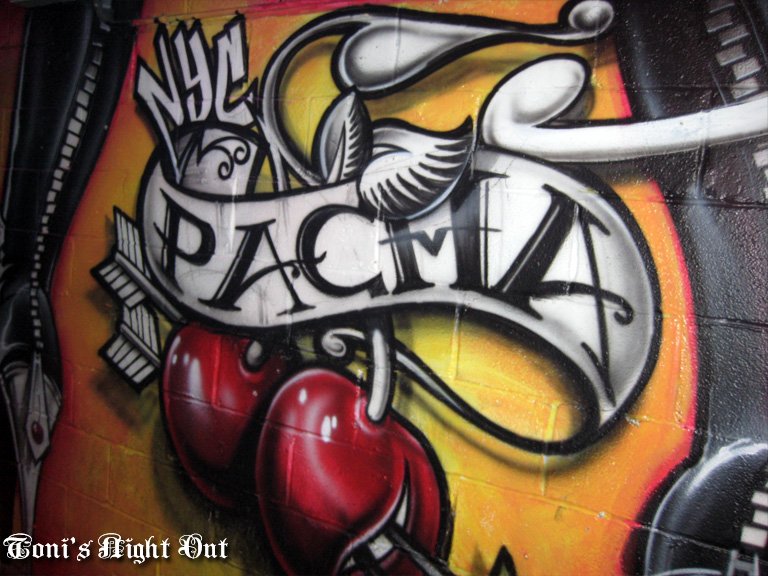 Ok should be a fun wrap up to my night out.. Turns out DJ David Guetta is spinning tonight.. say what?? $50 to get in? you have got to be kidding me right?? ughh.. ok lets go see if we can get comped.. so standing back outside looking to shmooze with the door man for at least a reduced entry.. meanwhile I make friends with this cool cat.. he says he is waiting for some friends then we can all go in no worries.. sweet I wonder who his friends are? hee hee in walks DJ Aero and Tommy Lee’s driver that is still smiling at Rosie.. Kinda awesome.. I swear this stuff just happens to me.. lol so we are in for free.. walkin in with the the stars of the last show.. Nice! ok this means Tommy Lee is on the premises.. Serious.. we had no clue.. What are the odds?? 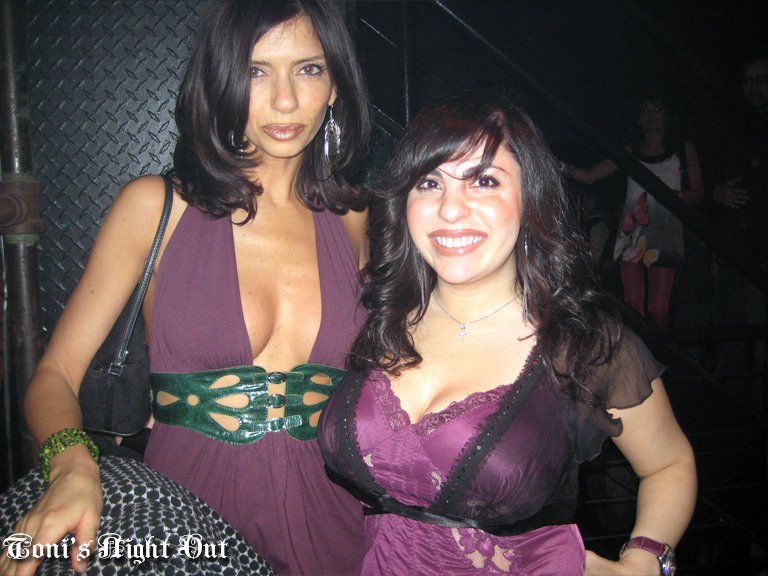 But this place is gynourmous.. trying to find someone on purpose is like looking for a needle in a haystack.. so we decided to mingle and party it up with the new DJ of the night.. No Ro, he’s not the guy from Depeche Mode.. That’s David Gahan.. This is David Guetta, one of the five most famous DJ’s in the world he does that song “Love is Gone”.. and ooh la la I believe he is French.. check out his spinning skills.. Hot. Hey.. I like to dance.. so it’s all good!

But then we quickly realized that unlike me and my friends, most of these people up at this hour are not always high on life… 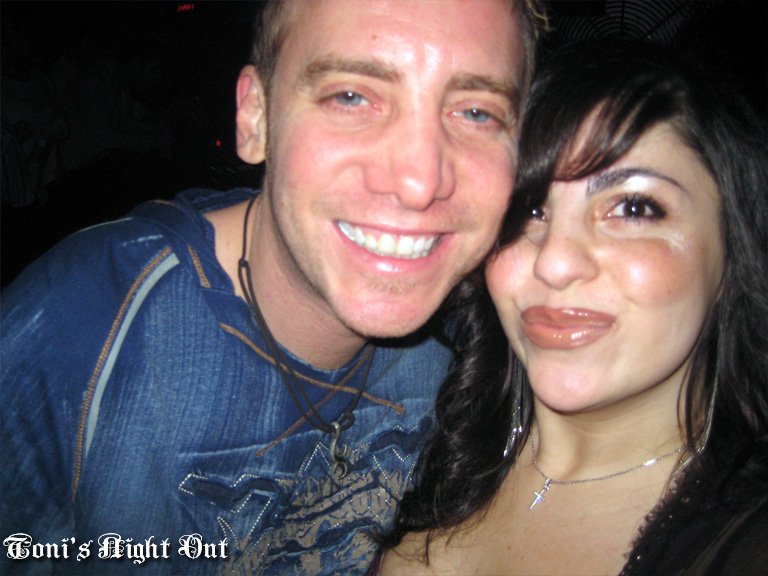 Even when that strange couple with the girl who had the  freakishly long torso kept inviting us to their “VIP” area, we just smiled and said no thanks.. What did they really want? ick! no thanks again.. oh well.. its really late now.. 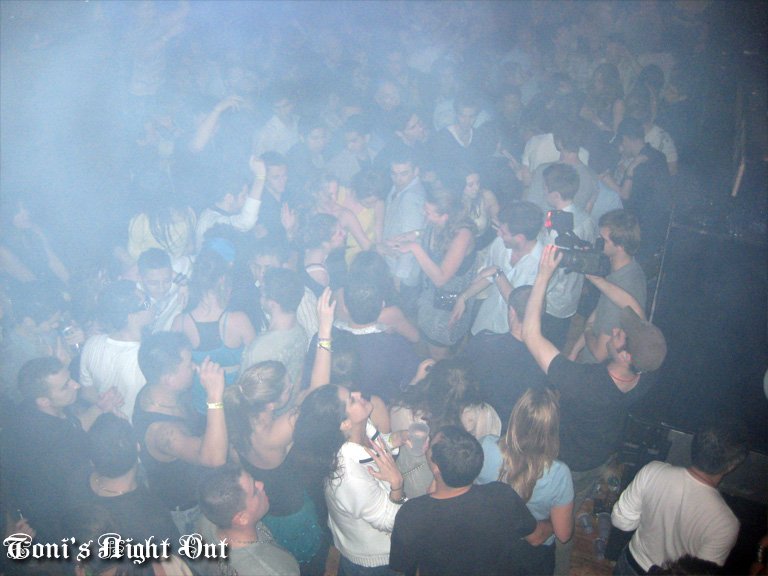 and people are getting strange.. I guess that’s why I don’t call it Toni’s night into the early morning out..

We never did run into Tommy Lee again..  but that’s ok.. regardless of the late start I still say it was a smashing success.. until next time….

13 Comments to
“A Night of Bliss with Tommy Lee”