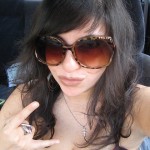 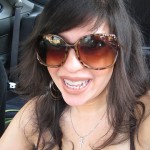 This is me amusing myself

with a mini self photo-shoot while waiting impatiently for my concert buddy in crime Rosie to get her butt out of the house so we can head down to the Arts Center for the Show.. We are already pretty late at this point and will for sure miss the first 3 bands of the night.. I’m a little bummed we will miss Sixx AM (who is performing 2nd) since I really love their Album.. it’s the soundtrack to Nikki Sixx‘s book The Heroin Diaries which I am a little obsessed with.. and blah, wanted to see papa roach.. but oh well.. nobody wants to sit through Trapt to get to Buckcherry anyway.. so maybe its for the best we were late…

Ok so our seats were actually not bad.. section 101 somewhere in the back on the floor on the right side.. I got the tickets below cost last minute.. Thanks StubHub.. So anyway.. good is not good enough.. So I pretty much walked straight to the front & tried to blend.. turns out Rosie is a big chicken & stayed back a few rows.. c’mon Ro man up! 😀 So apparently I don’t blend well.. grrr

damn Security guard kept picking on me… so I had to shift closer to the center in the second row.. ok still not so bad..

This video clip shows Josh Todd shaking it like it was nobody’s business.. It’s unfortunate that the vocals were soo low, I couldn’t hear his voice for the first half of the show.. And at this point I was in the front row… Thank god he is such sweet sweet eye candy that I didn’t exactly mind just watching him move.. 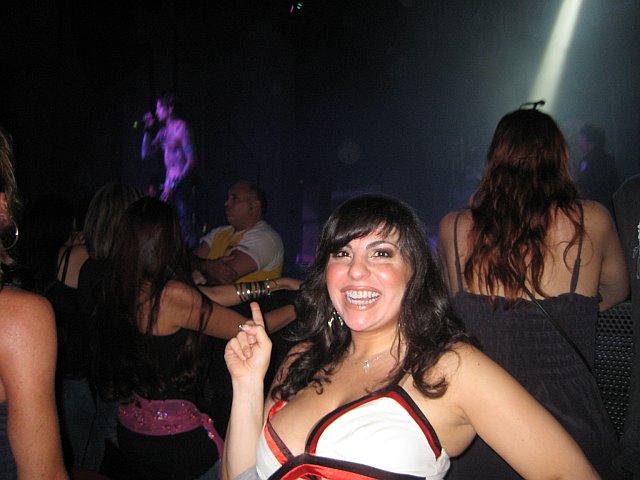 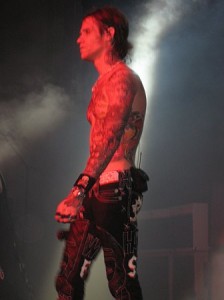 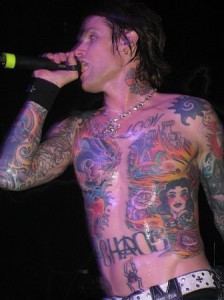 Damn.. I really was close! Hmmm I wonder if people tell him he looks like Dennis Leary? Can’t wait for the new season of Rescue Me.. Anyway,  this band really pulled it together live.. I would definatley go see them again! Until next time Josh… kisses Toni 🙂

Ok now take us out Sweetie.. Look at Josh go! Woohoo Everything….

Motley Crue!
So Buckcherry gets off stage, sigh.. now everyone is rustling about in anticipation & I’m trying hard not to get kicked out of the sweet spot I am in.. texting Ro to get her butt over here the whole time.. so I see an empty seat in the 3rd row.. I sit next to some guy who asks me just how many people have told me I look like Kat Von D tonight?  Of course I was flattered.. but I said nobody.. except Rosie of course who has been saying that for a few years now.. The guy goes on to tell me that there was a bit of a commotion behind me during Buckcherry.. that some people actually thought I was Kat.. Again flattered yes.. but umm one small flaw.. I have no tattoos.. I’m also only 5’0″ tall & I think she is closer to 5’8″.. Anyway cool compliment.. now if only I could catch Nikki Sixx’s eye.. 😉 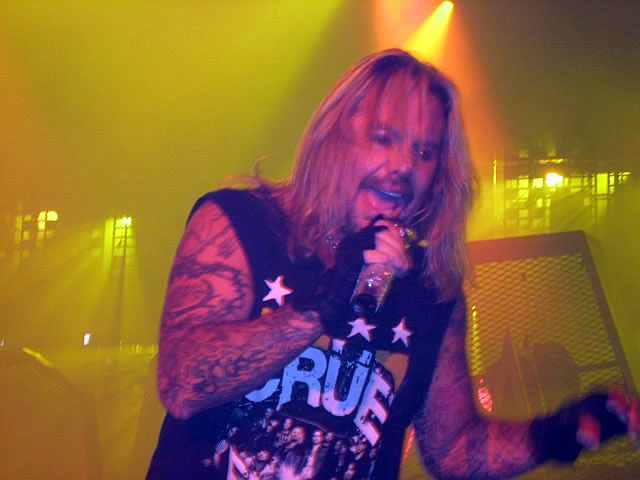 Motley Crue with some help from Josh Todd & the guy from Papa Roach (thinner than I remembered) I think?? with “Saints of Los Angeles”.. sweet another chance to oggle Josh Todd.. the crowd was flipping out.. did he just give me the finger?

Kids today and their Rock N Roll music! This 110 year old woman was second row for CrueFest.. Rock on with your bad self Grandma Rock on.. She was rumored to be the grandmother to one of the guys in Buckcherry.. 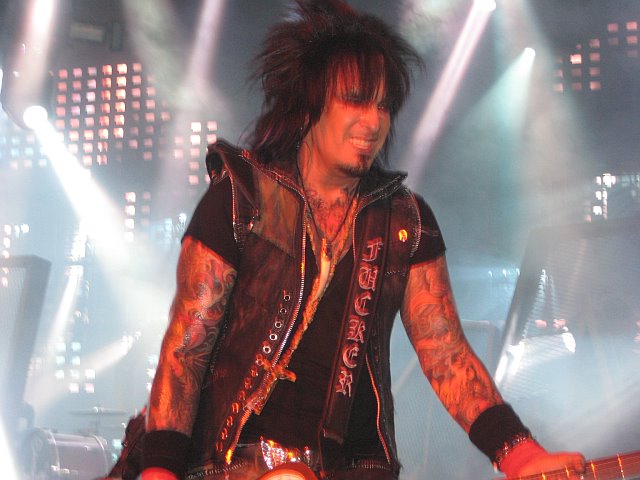 Yankee girls ya just can’t be beat
But they’re the best when they’re off their feet.. Girls, Girls, Girls!!!  Wow these lyrics are so deep! :-/ 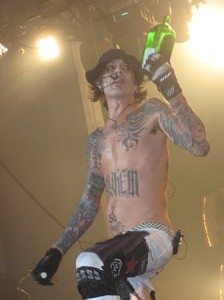 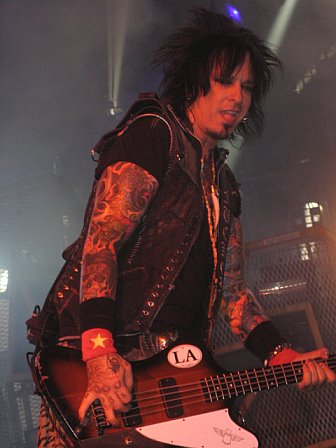 Nikki Sixx was totally winking at me.. I guess I sorta am his type.. at least he is consistent.. right back atcha hon.. 😉 I felt 14yrs old all over again!! 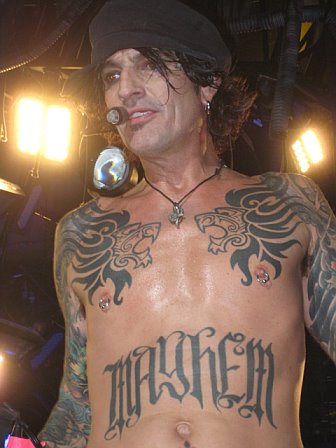 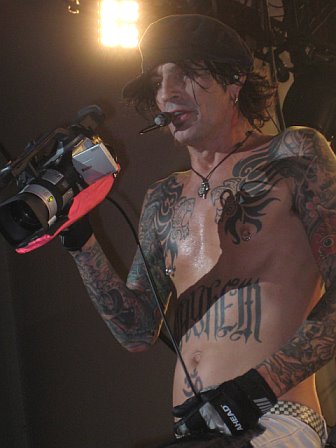 Hey Tommy.. How’s it goin? What are you doin with that Camera? What do you call it??? The Tit.E Cam?? What does that mean? eww you’re not serious! Don’t even think about it Mister! ughh this is a joke right? C’mon you have more respect for women than that.. don’t you? What is this about anyway.. we all know about your package.. so what are you trying to prove with this? Oh I see all the pretty girls just refused to flash you.. You say “they suck!”.. ok serves you right.. now you get some low quality old lady / fat chick boob.. ha ha gross :-p 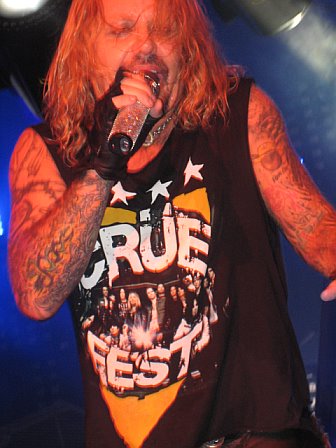 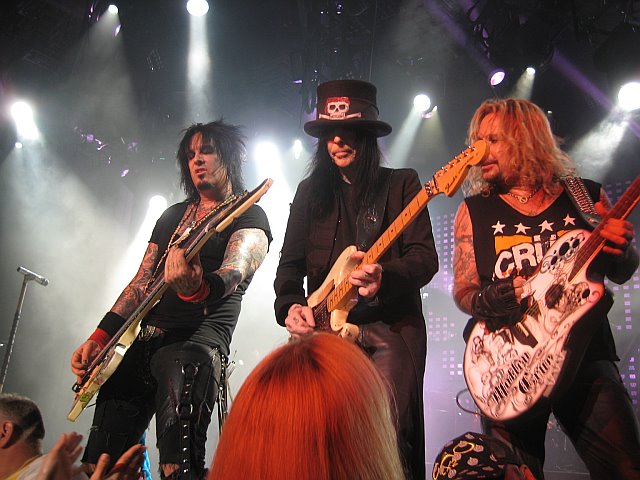 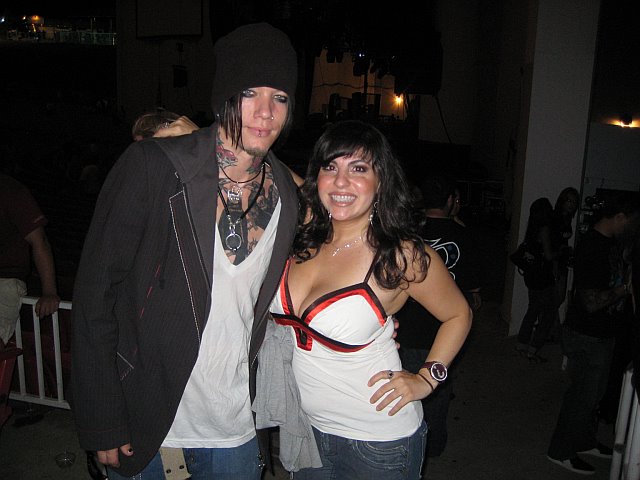 DJ Ashba (Sixx AM) & Me.. Sorry we missed your show.. wow the bluest eyes ever.. 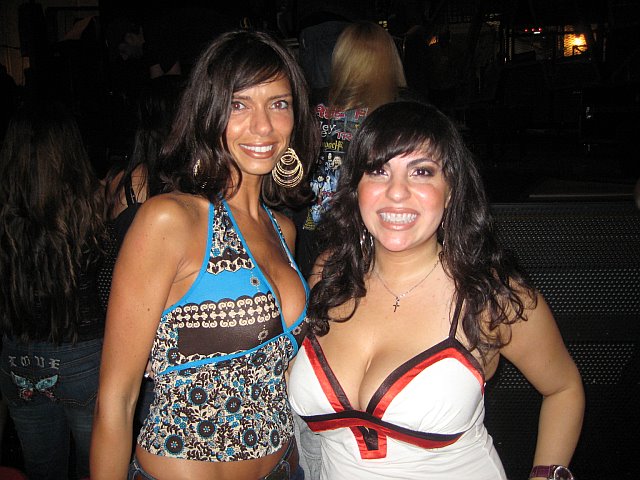 Rosie and me. Headed home sweet home.. until next time.. kisses Toni 🙂