Buckcherry: All Night Long & All Grown Up.

It was a time of eccentricity. umm I was wearing a snakeskin spandex fringed mini.. nuff said. 😛 But through it all I managed to keep my innocent and naive enthusiasm without becoming corrupt. As I’m often told.. I was raised right. 🙂 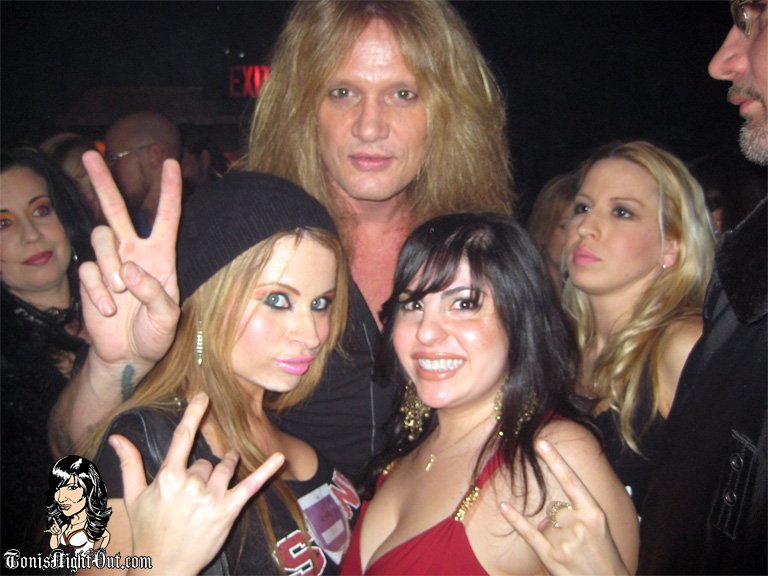 Why hello Sebastian Bach! Fancy running into you at the Buckcherry concert… What? Call you Baz? (& no, I did not have to look that up) How about I call you Sabby instead? (it’s what my 15yr old self would have called him) C’mon, he won’t mind, I just reverted back to high school for a split second. Skid Row was a Jersey band, & I’m a Jersey girl… Youth Gone Wild! 18 and Life! These were epic to me… so you can imagine the kick I was getting outta this. And a sweet photo as proof! Oh Sabby… 😀

But times have changed since the days of Sebastian Bach & the like..
And on to the show at hand and fast forward to an all grown up Toni…
The first time I saw Buckcherry was in 2008 at Cruefest.. during which I caused a frenzy being mistaken for Kat Von D. But that’s beside the point.. I already liked their music and was looking forward to the show. And after seeing them play live, I was immediately sold. I knew this band was for keeps. I ended up seeing them a few more times in 2009… & my initial suspicions were confirmed.. we had… chemistry.

Then there was nothing… sad I know, it had been going so well between us. Eh what are ya gonna do? They were off  playing big venues with the likes of Kiss and eww Nickelback. (um no offense Nickelback) & somehow they fell off my radar.

7 Comments to
“Buckcherry: All Night Long & All Grown Up.”