Alright.. well, he wasn’t exactly naked so much as he was clothed.. but I knew that would grab your attention..  so anyway.. I think everyone including my mother heard about this show. Bon Jovi playing the Great Lawn in Central Park.. this is an epic event! Oh yeah, and it’s for free! Why you ask? For Major League Baseball of course, why else? What does that mean you ask? umm who cares! It’s American! And he’s a patriot! Isn’t that a good enough reason? 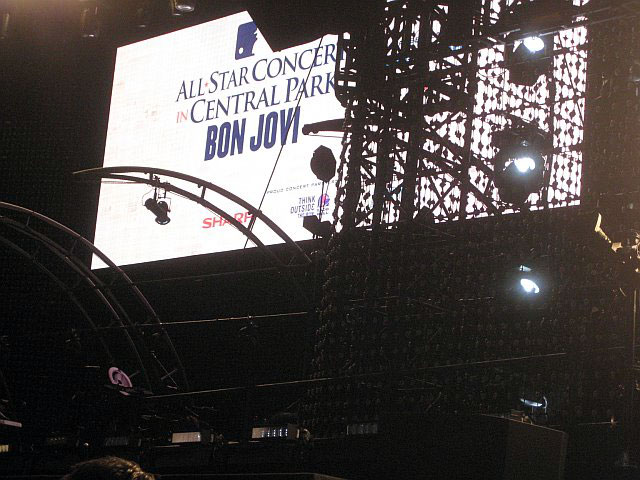 A free Bon Jovi concert? In 2008 what?? I think their tickets were selling for something like $385.. F that! That’s right I said it. I’m allowed to ok, I’m a huge fan.. I have been stalking oops I mean following umm I mean ah well you know what I mean.. sheesh since I was just a kid! You were my first.. concert that is.. I was only 10yrs old & you opened for the Scorpians.. From the start Jon I’d been there for you! anyway so we appreciate the free show since I refused to pay those exorbitant prices…  sorry for the rant.. I’m still slightly peeved I was only able to see one other show on the tour and only from the side of the stage.. sigh.. mad? no no I’m not mad.. Jon.. I just miss you is all.. 😉

ok so The Free Show! I even took a half day at work to hike all the way up to Yankee Stadium just to score those Free tickets you know.. Now that’s dedication! or does that just make me cheap? or maybe just smart.. well either way it was well worth it! 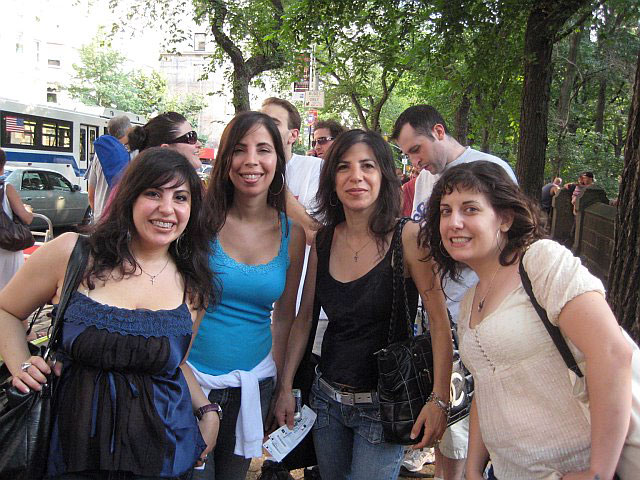 So we made it.. The sisters plus one.. Everyone knows that Bon Jovi concerts are a family affair.. but Mica fits right in with me Diane and Marianne. 😉

So they are projecting something like 70,000 people at this show.. how in the world are we gonna get upfront?? Huh? we wandered into the Handicapped section.. on the side of the stage.. You mean we bi-passed thousands of people and went straight to the front? Sweet!

Feels like we were walking forever to get to the Great Lawn… finally.. now I need a break, say cheese! Hey look, a camera crew… hey over here I’ll talk to you!.. My sisters will too..

Associated Press NEWS!! How cool.. well, I didn’t make the cut :-(. What gives AP! I’m much cuter then the first Lady in the segment! (No offense Stacy LaRoche)  But my sisters did make the cut!!!.. and that’s cool! I’m so proud of them.. Maybe AP just thought it would be cuteness overkill if all 3 of us were in it?? yeah that’s what I will tell myself!! Have a look! 🙂 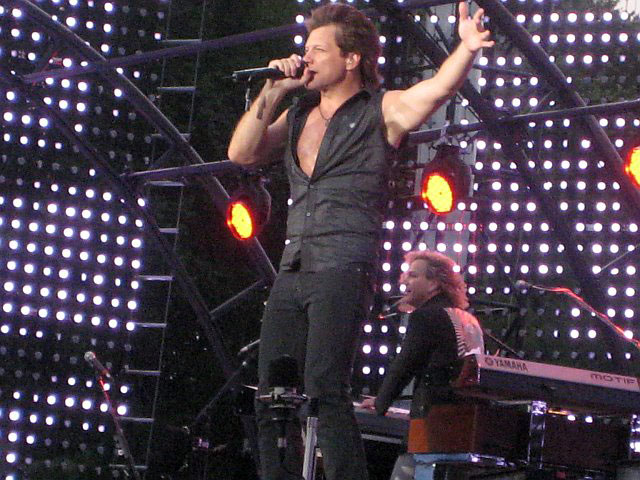 Lookin good Jon Bon Jovi.. like a fine wine… and sounding Fantastic! How do I always forget why I love this band.. they just get better and better.. and Jon’s body.. some people might say he is too skinny.. but that’s just my type.. and his tight black outfit is sex-y.. umm wait, what am I saying? It’s all about the Music, God how did I get distracted so easily.. Hi Jon yoohoo I’m down here on your left.. Hey why is there a giant microphone by his crotch? Get your mind outta the gutter people I’m referring to the photo above! This is a family show.. I need to focus.. oh hey Dave Bryan in the background.

woohoo look at me! JBJ shakin it in the background.. yes I’m wearing my glasses.. Although I was up against the barricade it’s such a huge venue that let’s be honest it wasn’t sweat on you close.. it was more like hey guys 50ft away.. but I’m not complaing it was Awesome! It might have been better if I was on stage for bad medicine.. but anywho.. been there done that.. 😉

Born to be my baby! I bet you say this to all the girls.. But look I have proof he’s singing right to me.. hee hee No wonder he looks the way he does he is running and dancing all over the stage! So much energy and passion this show truly is Epic on this Great Lawn.. I’m so happy I could be a part of Bon Jovi history! 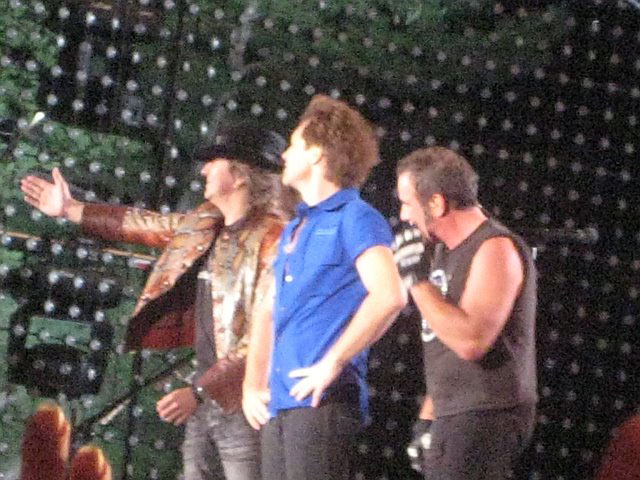 Yes I’m a Jersey girl and I’m proud of it ok! This band has stood the test of time (& thank God kept up with fashion) through the years.. I have lost track how many times I have seen them in concert, but like me I believe it’s somewhere in the 30’s by now.. and just like that first show Bon Jovi never dissapoints..

From the sisters plus one..  goodnight Jon, Ritchie, Tico and Dave.. until next time Bon Jovi.. x Toni

Somewhere out there, your name comes up when couples argue. 🤔😄