I had it in my head that I was not going to this show. Rosie was all down on Scott since I left her way in the back of the Fillmore in NYC at his solo gig. Poor thing had some angry drunks to deal with while I was in the front row making my best goo goo eyes.. totally different perspectives I guess. Also, I didn’t want a repeat of last year going alone to Atlantic City to meet Matt. I ended up all by my lonesome in that big casino when he left after the show. But on the morning of, Rosie was starting to have a change of heart! Saying stuff like “I dunno, I guess it could be fun?” So I called Matt.. he was already on the road driving up from VA. It’s settled! I told him we would meet him there! Ha! Rosie says I bullied her into going.. umm maybe a lil’ bit. But no worries.. she will thank me later! 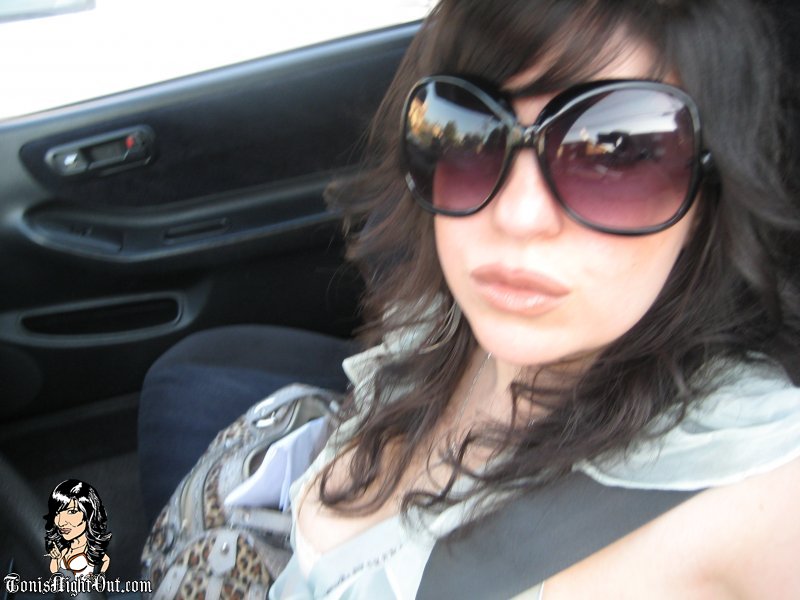 Like I said this was all so last minute.. no weeks of running on the treadmill or any fancy spa treatments to prep. We had about 2 hours to pack our stuff for the weekend, look fabulous and get on the road! And that I did.. give or take an extra hour.. what do you expect? Don’t you know me by now? 🙂 So, I pull up in front of Rosie’s house.. We are late!!! Let’s Go! And in another 20-30mins we did.. after all.. I had bullied her. So what could I say? When she got in the car she said “You look like a Rock Star”. Awe sometimes my friends are the sweetest.. not to mention she didn’t wanna hear me whine about being late.. smart Ro smart. 😀

We made it just in time! STP was about to go on.. Hi Matt and Chad!!