Scott Weiland Solo.. but not alone

After driving in circles around Union square I finally found a spot a block away from The Fillmore @ Irving Plaza.. We walked into The Gay Blades performing..

Super Entertaining.. fun to watch!  The place was packed.. there was no way I was getting to the front of this show.. so we hung back and enjoyed.. Watch!

Kinda quirky but I like it.. and only about an hour to go until I get to see Scott Weiland.. 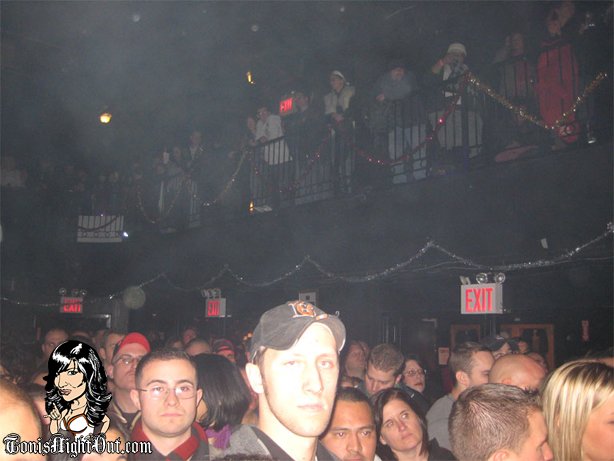 But the crowd was Angry! and not nice at all.. doesn’t anyone here appreciate my charms?? excuse me.. I just want to get through.. thanks.. wow this is tight! I fear a fight may ensue.. These people have been waiting upfront for a good 4 hours.. still no Scott.. He’s an hour late! hmm I’m always late.. another reason he’s perfect for me.. hee hee 🙂 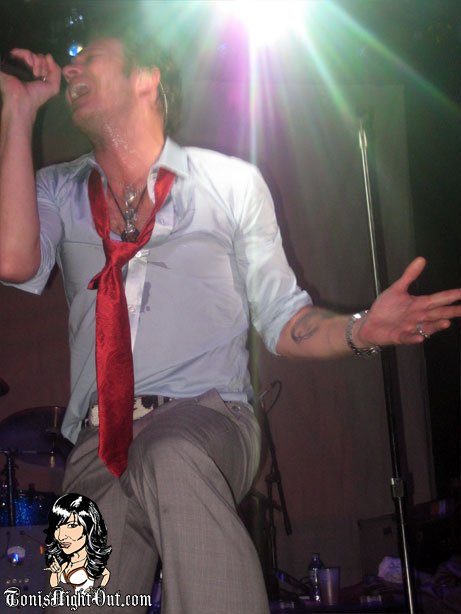 Finally Scott! The show starts.. he starts off a bit slow.. but the new song is Beautiful… From his new album “Happy in Galoshes” Killing me Sweetly, I believe it was… but people are still really pissed! Relax people! So then he proceeds to tell a story.. its not going over too well and I caught it on tape..

I really like his new song Paralysis.. but umm he starts talking about his new girlfriend! And how she directed the video and how she is in the Audience! blah blah blah! Not what I wanna hear.. ;-( it’s not like I wanted him to get divorced or anything.. cuz I wouldn’t actually wish that.. but hey.. finally he is single.. so I don’t wanna hear it.. Look at me! yoohooo over here! I’m too short & a few rows back.. ;-( sigh sigh sigh…

Blister on My Soul! From the front row! Here I am! I know you can see me now!

Barbarella come and save me from my misery!! And look at him dance!! oh no.. the show is coming to an end.. pout pout .

23 Comments to
“Scott Weiland Solo.. but not alone”