It was only in September of 2008 that Kings of Leon was playing at Webster Hall. I thought about going, but for some reason.. I didn’t. And just 4 months later they are selling out Madison Square Garden in New York City! 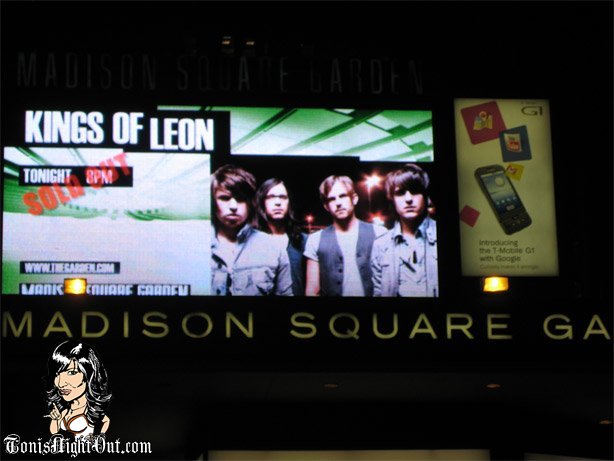 How did this happen? I’ve been digging them for close to a year now yes, but was sure I would have a little more time to see them at a small venue. This band sorta came from nowhere and sky rocketed to fame. Could it be due to the fact that some celebs including Drew Barrymore were seen watching them play? Or maybe the TV show Gossip Girl is to blame/thank for this? Their music was featured in an episode.. next thing you know.. boom Madison Square Garden! Wow the influence of young Hollywood & a shallow teen drama..  Powerful man powerful! 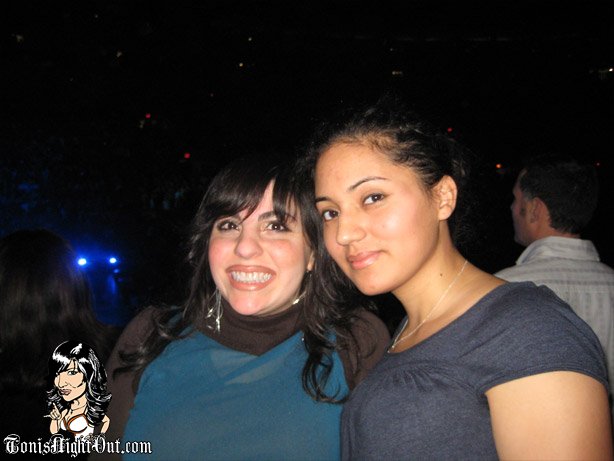 Anyway my sweetie pie of a friend Daniela loves watching new bands just as much as I do! So I thank her for treating me to an awesome night out of sexy sexy music. Look how stoked I am! And look how pretty we look in blue.. thanks again Dani! 🙂

Most people I mention this band to say: “Kings of who?”  Well if you are one of those people.. then watch and listen..

14 Comments to
“Kings of Leon Sex up Madison Square Garden!”