What can I say about Architects Of Grace? In my humble opinion, this band is a force to be reckoned with. Their sound is right up my alley. It’s like old school Cure with a grittier Nine Inch Nails flair. True Alternative Rock that has been missing from the music scene for way too long. Raw emotion pours out with every verse.  Inspired and passionate come to mind. To say their sound is sexy is an understatement. 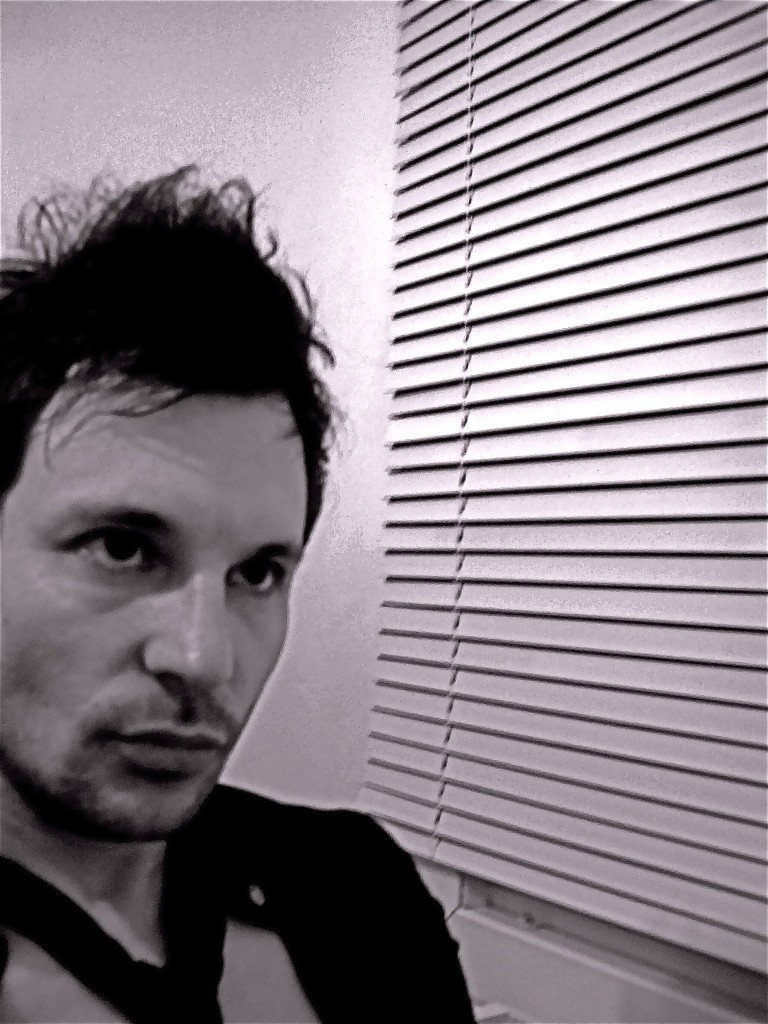 The word Grace has many meanings; elegance, charm, beauty of form and divinity are just a few. Well.. The sound of Architects Of Grace embody all this and more.

Architects of Grace began officially in the Spring of 2008 as a solo project in North London. Duncan (above) had been writing and recording his own material for just under a couple of years.

Duncan: “Things have moved on, Architects Of Grace sound very much like a band now, people say they can hear elements of the Jesus and Mary Chain, Joy Division, The Cure in places, that’s great, they are bands I grew up listening too. The very earliest Architects Of Grace material sounded like a dark electro project with synths, also quite like a film score too but as time progressed I couldn’t help going back to guitars and a band sound, that’s where I started from way back anyway, that’s where we are now. Ultimately the debut album will reflect both sides of this.”

“I’m the frontman and these are my songs, but John is probably the second member of Architects Of Grace and will play drums live, if we play a show Carlos on bass would make up Architects of Grace at this time, we plan to bring in another guitarist too”.

“My focus has been on demoing ideas in 2008 with a goal to get a couple of tracks finished for release in early 2009 as a taster for an album to follow”.

Some random influences: Night time, the city, driving your car out of town after midnight, being outsiders on the inside, hazy sunny days, neon wildernesses, dark delights…

Architects Of Grace dress in black.

Plans: Currently writing and recording. First release will be April 2009. Hot White Sun is the debut single. It will be backed by a track called India. More material and an album to follow.

Hear music streamed online at: www.myspace.com/architectsofgrace
Become a friend of the band on MySpace for updates and exclusives.